A field test has been undertaken to determine whether coating solar panels with RPL would have a positive effect on their energy production and greatly reduce the effort required to maintain the panels.

RPL (Repellent Protective Layer) is a self-cleaning coating. It works by creating a photocatalytic barrier which uses exposure to light to chemically break-down dirt and other contaminates. It also creates a super hydrophilic surface which aids in self-cleaning by sheeting water and carrying away dirt and contaminates.

To get the most out of your solar panels, they need to be cleaned regularly. Dust, debris and pollution can greatly reduce the efficiency of the panels. This particular solar farm suffered loss of energy production from environmental pollutants and the exhaust of the food hub which deposited oily droplets and black dust. Using harsh chemicals and brushes to remove this stuck on oil and carbon could damage the solar panels, so another option was needed.

In addition, the panels were placed almost horizontally which reduces the hydrophilic self-cleaning effect of the coating, as less water will sheet off the panels. Despite this challenging scenario, we still expected RPL to provide significant improvements in energy production.

The panels were cleaned by the operator prior to coating with RPL. Both sets, the one to be coated and the control, were cleaned in an identical manner to ensure a well-controlled test. After cleaning, one layer of RPL was applied using a roller, overlapping wet-on-wet to ensure complete coverage. We used approximately 10.5ml per 10sqft.

Please Note: The optimum application method is by spray. This will give a thin, even coating that is completely invisible, whereas the roller method did leave a light white cover in areas where the application was overlapped. In this test circumstance, spraying was not possible due to the placement of the panels.

Following the coating process, the voltage and current were monitored, and data was collected every five minutes during operating hours – 7AM to 7PM. This was then converted to power in watts (W) and energy production (wH). The full test was between April 2021 to April 2022 as the timeline below outlines.

During the control period, prior to cleaning, it was found that Set 2 (Control) performed better than Set 1, on average generating about 0.8% more energy than Set 1. This could be caused by a number of factors. Even though the panels are in close proximity, they could have slightly different shade profiles, be more prone to dirt deposition, or just technically a lower performing panel. Because Set 1 performed better in the first month immediately following cleaning (as can be seen in the graph below at the month 9 mark), we believe that it is likely that Set 1 tends to get soiled faster than Set 2 (Control) and this build-up of debris and pollutants handicaps the performance.

After cleaning, overall energy production increased by about 13%. This clearly shows the importance of cleaning and maintaining the solar panels. Despite the initial increase, Set 2 (Control) outperformed Set 1 by approximately 1% during this 3-month period.

Following coating in November, Set 2 (control) initially outperformed Set 1 (coated). This is believed to be due to the application method of the coating. With the roller application, a light white cover was noticeable where the application overlapped which we believe to have impacted energy production by as much as 2%. Applying RPL by spray would remove this issue.

As time went on, the self-cleaning benefits of RPL began to show. As debris and pollutants collected on Set 2 (control), much of the debris sheeted away from the coated panels. Upon visual inspection after five months, no black particles were visible on the coated surface. With this reduction in debris, the coated panel was able to continue to perform at an optimum level and went from underperforming by 1% to outperforming the control by 3.5%. 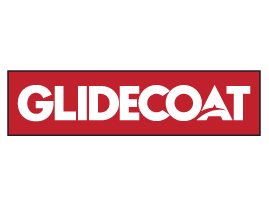